Bargaining continued with Rite Aid last week. The rallies, which took place at dozens of locations, have had a definite impact. Our actions were the first thing brought up by the company during our meetings.

Additional discussions are being planned with Rite Aid into next month.

In the act of desperation, Rite Aid has messaged members trying to coerce them into a company healthcare plan. This would eliminate the jointly administered benefit plan, giving Rite Aid sole control over benefit administration.

Rite Aid has claimed the healthcare costs for the Union-Employer plan are too high. They fail to mention the company has not increased its contributions to the jointly administered medical plan in over 12 years. Do you know of any other employer who offers medical benefits and has not seen their costs increase over the last decade?

Plain and simple, management is trying to pull a bait-and-switch. Rite Aid is trying to bait workers with wages so they can switch control of their benefits to the company.

Don’t fall for their bait and switch!

The company is also trying to deceive and divide members, claiming the Union wants “to put the company out of business.” Nothing could be further from the truth.

With a company plan in place, management could try to replace existing members with benefits for new employees who are not eligible for benefits. They’ve already proposed eliminating some benefits, what else would change after they have administrative control? 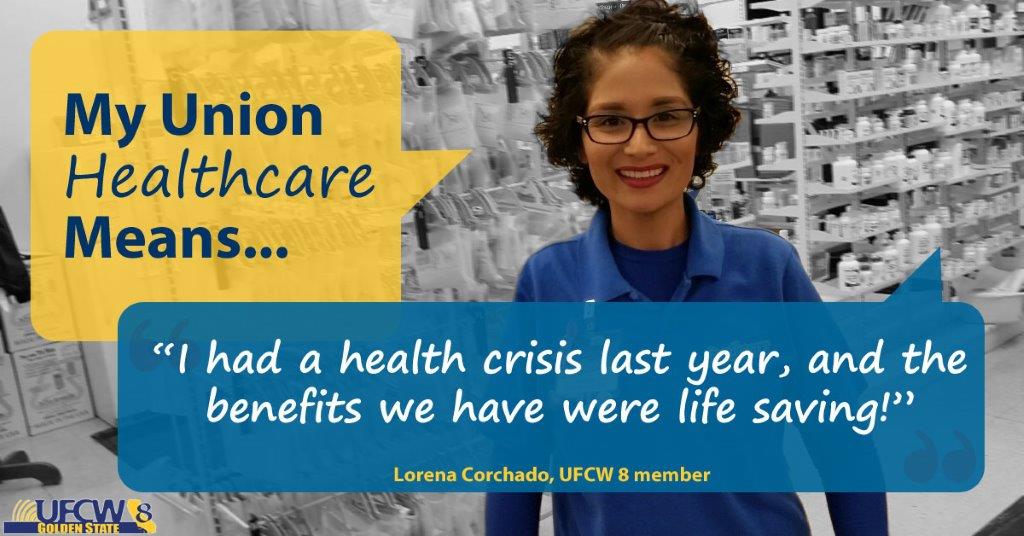 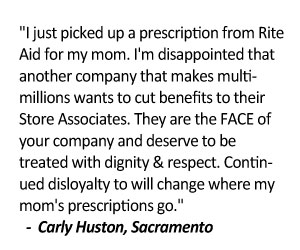 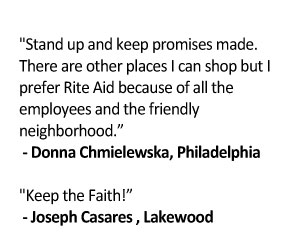 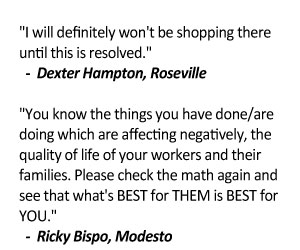