In Northern California, Rite Aid has not increased its contributions to the jointly administered Union-Employer medical benefit plan in over 12 years. After profiting off of rising health care costs, Rite Aid now claims the existing health care plan for its employees is too expensive.

Rite Aid has also falsely claimed we want to put them out of business, which is absolute nonsense, and nothing could be further from the truth. Rite Aid’s proposal of eliminating the existing benefit plan and eliminating benefits for new employees working less than 30 hours per week, as well as retirees, is unconscionable. We must respond to protect our members’ benefits.

Employees across the country have had serious and costly regrets after switching to the company medical plan, realizing far too late that the employers’ goal was to shift the burden of medical costs on to the employees.

The rallies, which took place at dozens of locations, have had a definite impact. Additional rallies are scheduled over the next two weeks. We will continue to engage with consumers and our community partners, letting them know about Rite Aid’s attempt to cut employees’ benefits. We will also petition customers to move their prescriptions to a Union pharmacy which values and protects its employees.

Negotiations with Rite Aid are planned to resume in the coming weeks. Remain united, stand in solidarity with your Union sisters and brothers, and we will prove Solidarity Works!

** NOTE: Additional rally locations planned over the next two weeks, details to follow ** 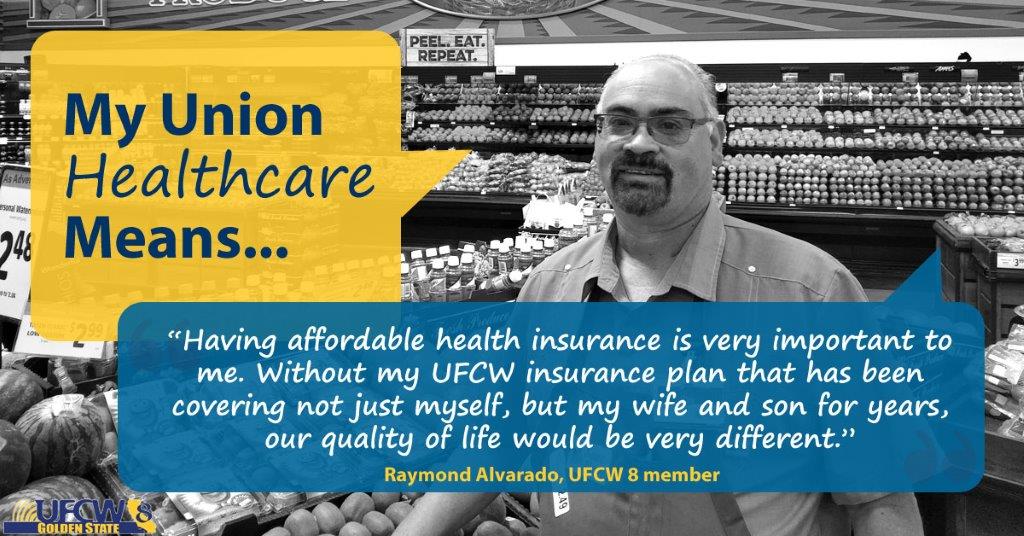 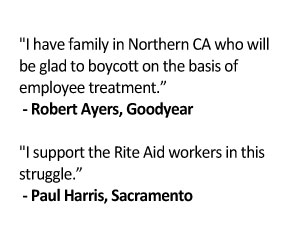 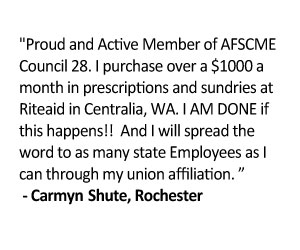 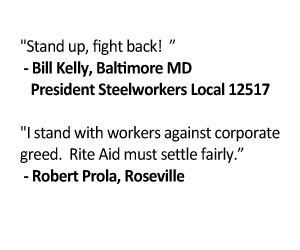